How One Word Can Help Prevent a Meltdown 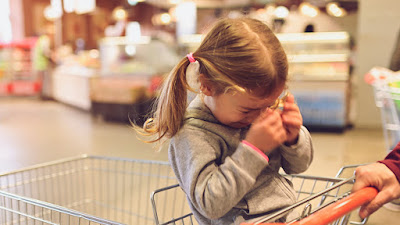 Validating your kid's feelings can sometimes prevent a meltdown—but how do you do it? Here's how to help them recognize what they're feeling so they can move on.


Many parenting books that say you should validate your child by mirroring their emotions, which is supposed to make them feel better. However, it turns out that validation for teaching feelings is a little trickier. And the problem lies with one particular word.

“It can be so easy to invalidate our kids by following it with a ‘but,’” says Tamara Aleong, a Toronto registered social worker who uses “emotion coaching” in her practice at The Healing Collective in Toronto. “It can be really difficult for us as parents to sit in the messy feelings rather than trying to make it all better.”

Here is an example: saying “I know you’re really frustrated trying to read, but we can do this.” is rationalizing and invalidating at the same time.

“Unfortunately, in our culture, we often really try to rationalize away our feelings. Our generation of parents was taught that and so that’s how we were raised. But feelings have a place along with reason,” says Aleong. “It’s like someone telling us to relax when we’re really stressed. It just has the opposite effect.”
So, what are parents supposed to do to help their kids wrangle their emotions, or even just let them know that what they’re feeling makes sense?
Be present: “I think a lot of times we’re running around doing 20 things and we’re half validating, half paying attention to it, and it doesn’t go as far,” says Aleong. Get down on your kid’s level, (put down your phone, if necessary), look them in the eyes, and be with them in that moment.

Summarize: Try to put into words what they might be feeling by summarizing the situation. “For example, you can say, ‘You’re trying to tell me that you’re angry about X,’ or, ‘I see that you’re really upset.’”

Say this instead of “but”: One super helpful phrase you can use while validating is “And”. For example, while waiting in a long lineup you could say, “I hear you’re really frustrated. And we need to pay, so we have to stand in line a bit longer.”

Another word you can use is “because.” For example, “You’re really frustrated because we have to wait in line.”

Normalize the emotions: When your kid is melting down about something you can say, “‘Oh, when something like that happens to me, I often feel really angry,” says Aleong. Phrases like “No wonder” or “of course” are also helpful validation statements. For example, “No wonder you’re angry. You haven’t eaten since lunch and you’re hungry.”

Changing a bit of our language can make all the difference. Just knowing that a parent understands and is listening, without always needing to solve the problem in that moment, can help kids feel calmer.

Here at Discovery Point Nursery and Academy, Woodbridge daycare in Vaughan, we work with you to provide the best care to support your child!