One Simple Thing that Could FINALLY Fix Picky Eating 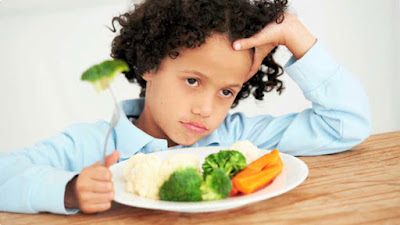 If you’ve experienced mealtime meltdowns with your kids, or tried coercing, begging, or bribing picky eaters, there may be a simple strategy to eliminate the power struggles around meals.

Kristen Thompson, a mom of two has written about her experience with allowing her children to serve themselves. She writes: “All it took was putting the entirety of our meal on the dining room table and announcing: ‘You serve yourself,’ thus giving my oldest daughter (the younger one will eat anything) control over what and how much she was going to eat.”

She stopped plating her kids’ food, and instead put meals on large plates in the middle of the table. She decided what dinner will be, offering one main course, healthy sides, and a smattering of tried-and-true kid favourites. But the rest was up to the kids.

She was skeptical but much to her shock, passing control to her preschooler meant she immediately started eating bigger portions—as opposed to her usual four forkfuls, followed by “I don’t like this, I’m done”—and voluntarily started trying foods she would otherwise have thrown across the room. Low and behold, one of the biggest stresses of her day—feeding the kids—was alleviated.

As it turns out, hers is not the only family to have discovered the wonderful world of communal meals with picky eaters, according to Tristaca Curley, a Kelowna, B.C.-based nutritionist and founder of Fueling With Food. “This (system) takes a lot of the pressure off of kids to try new foods without their parents demanding them to, and allows them to feel in control of what and how much they eat, which is crucial when it comes to feeding children,” says Curley, who has two young children herself, and works with clients struggling with kids and mealtime.

She says many strategies parents use to deal with picky eaters can actually make it worse—things like making separate meals for kids, over-doing snacks, and avoiding certain foods we don’t think our kids will like.

Curley says it comes down to teaching our children to listen to their own hunger and fullness cues, trusting those cues as parents, and creating an environment that’s conducive to eating well. “We decide what food is offered, when and where,” she says. “Ideally this is a variety of nutrient-dense foods, five-to-six times per day, and at a table without distractions such as toys and devices. Kids then have the job of deciding what they will eat, from what is offered, and how much. They may in fact decide not to eat anything at a particular meal or snack. That is their job.”

The biggest fear parents have with this is their children going hungry, says Curley. If that’s your sticking point, let it go. “Healthy children will not starve themselves,” says Curley. “Whenever my children ask to leave the table after meal and snack, I always ask, ‘Is your belly full, because we won’t be eating again until (a certain) time.’”

As for pressuring kids to try new foods, Curley warns to do so carefully. “We can certainly ask if they want to try it, compare its taste to a familiar food, talk about its function, but the more pressure we use, the more they tend to resist,” she says. “I often talk about different superheroes that will eat the food we’re eating. For example, how Superman eats broccoli because it has vitamins in it that help him see really far, or how Iron Man eats beans because they have lots of iron and keep him strong. But that’s as far as the encouragement and pressuring goes.”

At the end of the day, we all want our children to learn how to feed their own bodies, and to do that, we may need to shift the control across the table to the kids. Try it and see how it goes!

At Discovery Point Nursery and Academy, we provide a variety of fresh food options made onsite daily, ensuring that the children in our daycare in Woodbridge, Vaughan have all the nutrition they need to grow and thrive.